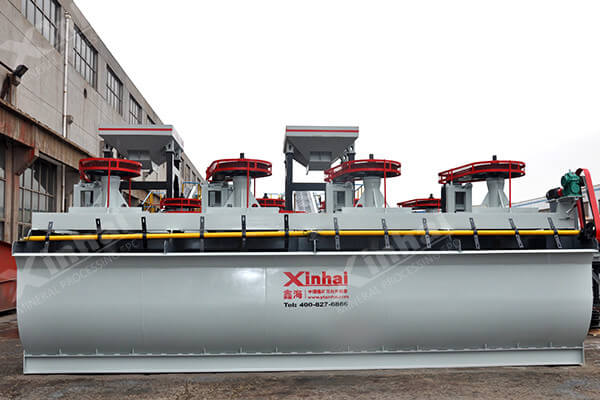 Introduction to Flotation of Nonferrous Metal

In nature, sulfide ores at the upper part of the nonferrous metal deposit after long term weathering (such as the role of oxygen and ions in the air or water) will form the Oxidized ore zone that is to say the Oxide mineral or mineral containing oxygen. The content of the oxidized ore differs with the oxidation depth. The ore can be divided into three types that are Oxide ore (commonly known as oxide ore), sulfide ore (commonly known as sulfide ore), mixed ore (commonly known as mixed ore) by the ore oxidation rate which means the mass fraction of a metal in the presence of an oxide mineral and containing mineral oxygen. Generally speaking, the mineral with higher oxidation rate will have more loose structure and more content of mud. Thus the difficulty of beneficiation will be larger.