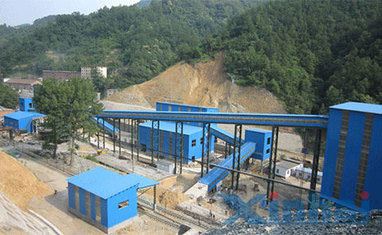 The Questions about Dressing Common Sense

Dressing for most ordinary people may be unfamiliar with, why say this, the reason is because I often encounter such a thing. Because I am a worker of Xinhai mining machinery company, so sometimes some of the around friends and family will often ask questions about the mines, but I think most of these problems are some very simple and basic problems. So I arranged some frequently encountered questions roughly in my spare time. I believe through these 7 questions even the people who know nothing about beneficiation industry can have a general understand about this industry.

Question one: What is called beneficiation?

Question three: What are the common minerals?

Question four: What are the general steps of beneficiation process?

Ore from the stope need to go through each beneficiation operate process, at last to get in line with the requirements of the smelting concentrate, as shown below.

The ore grade refers to the amount of some metals or some valuable components in the ore, and it generally represented with percentage. Alpha is usually used to represent ore grade; Beta represents concentrate grade; Theta represents tailings grade. If there are problems in mineral processing production, we generally make analysis among these three grades.

Question six: What does concentrate, tailing, or middling respectively mean?

Middling is an intermediate product obtained during separating. Its valuable components are between the concentrate and the tailing, so we need to re-concentrate it or treat it separately.

Gravity separation method is based on the differences of mineral relative density (weight) to mineral separation. The principle of which is according to the loose stratification and separation conditions formed by the hydrodynamic and the various mechanical force of different densities of the mineral particles affect in the moving medium (water, air and heavy liquid)

Flotation method is according to the differences of physical and chemical properties of the mineral surface, and as a result of adopting flotation reagent, the valuable minerals are attached to the bubbles selectively in which to separate minerals. Flotation method is generally used to separate nonferrous metals such as cooper, lead, zinc.