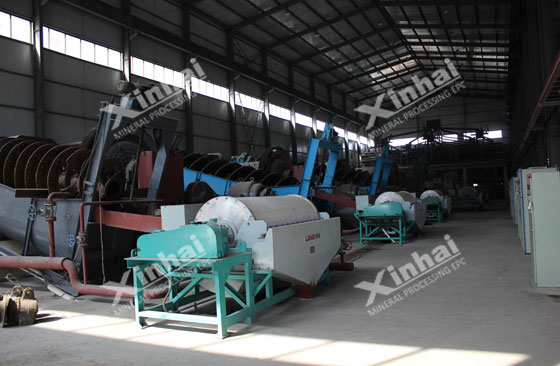 Although the iron concentrate reached the target design of 1.864 million tons, the grade of raw ore was dropped to 35%, which was much lower than the original design. Therefore, the mine owner entrusted Xinhai to finish the later iron ore dressing process, and achieve the initially expected effect. By analyzing the original production line, Xinhai finally decided to choose tailing reprocessing.

After analyzing the tailing composition several times, Xinhai decided to adopt one roughing and one cleaning strong magnetic separation process, which guaranteed that each index achieved the expected effect.