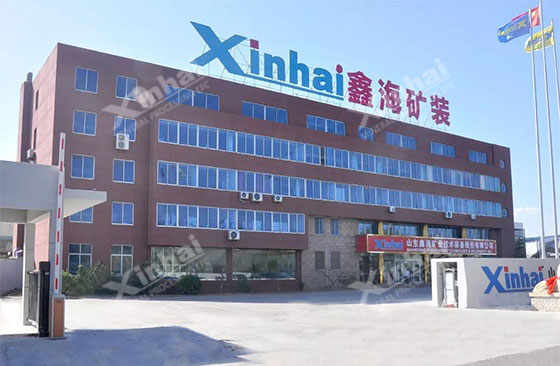 04 Frequent good news and won a lot of prizes

In 2019,
Xinhai Mining had good news frequently both at home and abroad.
All production workshop operated in high-efficiency.
Making sure all the production task completing in time.
Packaging and delivery workers were in an orderly way.
Put the equipment safely in the hands of the customer.
The installation and debugging team went to project locations.
The installation and debugging task were completed guaranteeing both quality and quantity.

In 2019, Xinhai Mining presented a prosperity scene of good sales and busy production. With the principle concentration, precious, and high efficiency, all the Xinhai production personnel, packaging and shipping personnel to face the heat, braved the cold snow, overcame the narrow site and the difficulties of heavy tasks, successfully completed the annual production and logisitcs plan. 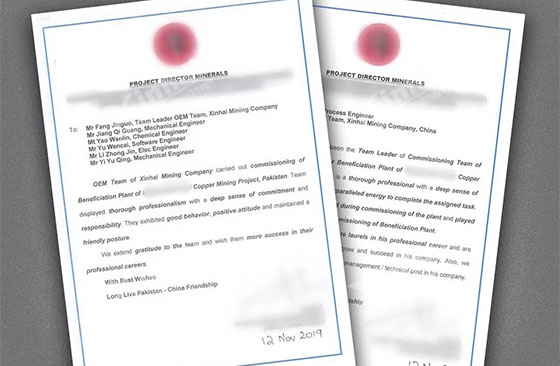 (The thanks letter from clients)

In 2019,
Xinhai Mining actively took part in multiple social activities.
Tried to practice core socialist values.
Consisted on being a enterprise with temperature and social responsibility.
Contributed its own power to build a harmonious society.

In January, Xinhai Mining carried out the “dream weaving beautiful and warm relay” as the theme of the nursing home condolences activity. President Mr. Yunlong Zhang, director of administrative operations Mr. Qingwang Han and several Xinhai volunteers arrived Zhanggezhuang nursing service center for the disabled. They sent the elderly washing machine, milk, rice porridge and other things. They also kindly talked and interact with the elderly, bringing the caring and warm from Xinhai Mining in cold winter.

In July, the celebration of "July 1" birthday gala was held in Fushan riverside square. Representatives of entrepreneurs from Fushan district participated in this activity. Mr. Yunlong Zhang, chairman of Xinhai Mining, attended and spoke as a moral model representative.

Before the Labor’s Day in 2019, Xinhai Mining held the second spring fun sport meeting. Over 300 personnels in headquarters took part in this sports meeting. To improve the health of employees and push the development of working out all the staff. At the same time, a good communication channel has been built to enhance staff communication, enhance cohesion and help the company's development.

In Sep 27th, Xinhai Mining and Shandong provincial party committee under 1000 cadres grassroots private enterprise high-quality development service team 2 jointly held the special activity. Besides, Xinhai Mining also organized the activity “Write a poem to our homeland”, To the motherland want to say a thousand words into the tip of a small love poem, affectionate tribute to the great motherland.

04Frequent good news and won a lot of prizes 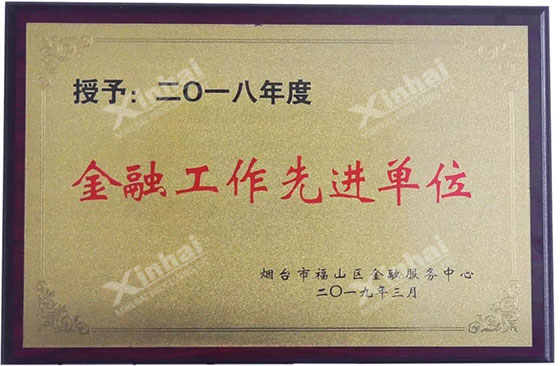 In May, Zhaokun Yu and Haishan Liang of Xinhai Mining won the second and third prizes in the 2019 vocational skills competition for workers in mechanical processing industry, and were awarded the honorary title of "May Day labor medal" of fushan district.

Here the new staffs completed two-week training here and put a firm first step in their career. They are full of youth, self-confidence, enthusiasm beautiful, cautious and conscientious, in every post to contribute their strength and passion, with the youth interpretation of great dreams.

2019 is a year of hard work and creativity. It is also a year of wisdom and miracles. Xinhai Mining will continue to carry out the strategy of "five transformations", implement the "depth of industrialization and information fusion" concept of development, to carry out the transformation of service "manufacturing" development strategy, improve "manufacturing + Internet" model of development, actively respond to a nation "area" initiative, continue to vigorously develop the overseas market, consolidating the domestic market, one step at a time to achieve the "Xinhai dream".

In 2020, we will continue took part in the construction of “One belt and one road” policy, keep further promoting Xinhai project, spread the correct concept and method of mine construction, and commit to provide customized "mineral processing EPC+M+O service" for global mines, so as to promote the building of a global mining community with a Shared future!

In 2019,
We irrigate the harvest with sweat,
Move forward with commitment.
In 2020,
Let’s seize the day,
Live up to your time!
Let's run, let's dream,
Toward the great era of dream come true!