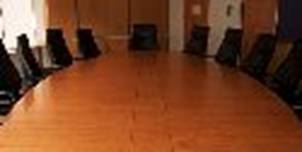 Former Deloitte partner Kathleen Bozanic will act in the CFO role until Kerr begins in September.

Emergent Resources managing director Nathan Lude has stepped down but will remain as a non-executive director.

Adultshop.com founder Malcolm Day has joined the board of recapitalised Paynes Find Gold as a representative of new largest shareholder Delecta.

David Frances has resigned as chief executive officer and president of Mawson West.

Bullabulling Gold said a board of seven directors was excessive for a company of its size.

Chris Baker, Jeff Malaihollo, John Lawton and David McArthur have stepped down to facilitate a restructure.

Investment banker Ronnie Beevor has been appointed as an independent non-executive director.

Wayne Ryder and Warren Staude have resigned as directors of Birimian Gold.

John Nitschke has resigned as a director of Toro Energy due to other business commitments.

Andy Beckwith has ceased his executive duties at Westgold Resources, which is merging with Metals X, but will remain as a non-executive director until the deal is complete.

Nathan Young has joined the board of newcomer Bora Bora Resources.

Wolfgang Zimmer has resigned as a director of Riedel Resources after his company ADX Energy reduced its stake.

Jitto Arulampalam has resigned as a director of Fortis Mining.

Jean Mathie has resigned as company secretary of Lonrho Mining and has been replaced by Mark Clements.

Finally, Justin Mouchacca has been appointed as joint company secretary of Kidman Resources.