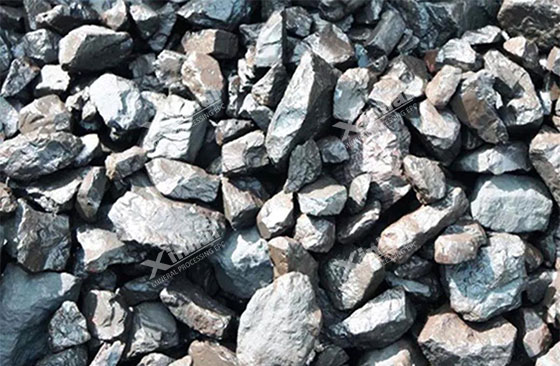 Manganese is widely distributed in nature. Almost all kinds of ores and silicate rocks contain manganese. In modern industry, manganese and its compounds are widely used in various economic fields, among which iron and steel industry is one of the most important fields, with manganese content up to 90%-95%, mainly used as deoxidizer and desulfurizer in the process of iron making and steelmaking, as well as for making alloys.

Sedimentary manganese carbonate ore are mainly rhodochrosite, calcium rhodochrosite, manganese calcite, ferromanganese and so on. The gangue minerals are mainly silicate and carbonate minerals, often growing sulphur, iron and other impurities. The mineral is more complicatedly. Manganese minerals have a fineness less than micron, which is not easily dissociated, and hard to be separated into a higher concentrate grade. 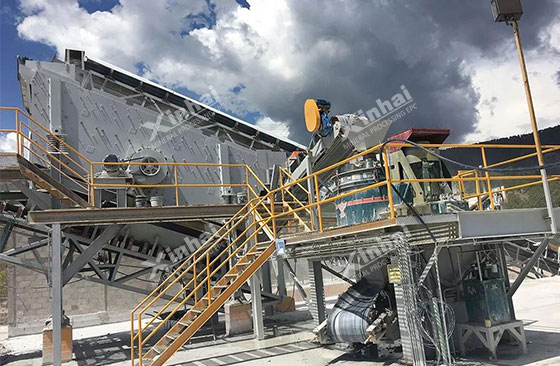 Washing is mainly using hydraulic washing and mechanical scrubbing to realize the separation of minerals and mud. The common equipment includes washing screen, roller washing scrubber, and chute scrubber. Washing is usually with screening, such as washing with water on vibrating screen and then screening the mineral sands with vibrating screen. 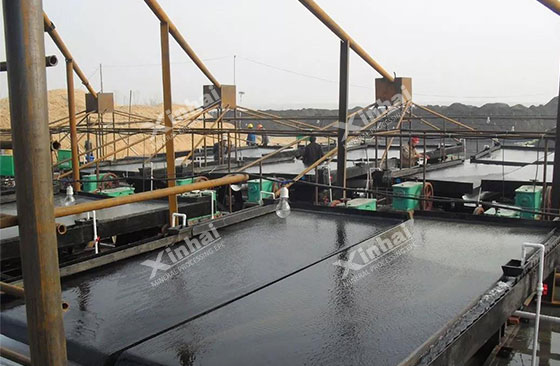 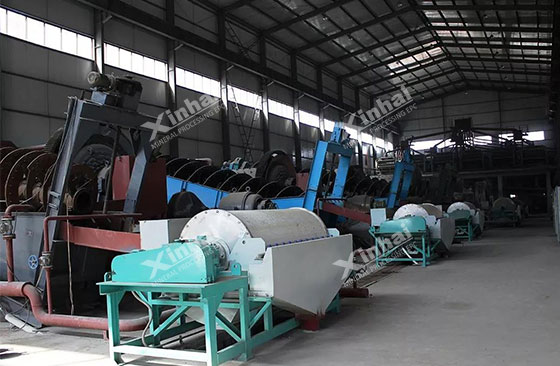 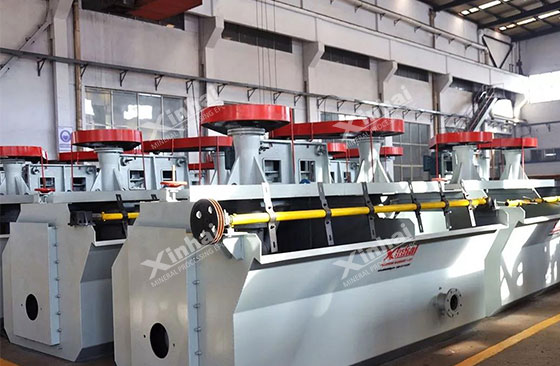 The strong magnetic separation - flotation method has good adaptability. The high intensity magnetic separators not only remove the slime effectively, but also improve the selection grade of flotation. Comprehensive manganese concentrate products can be directly obtained by high intensity magnetic - flotation desulfurization. Using sodium petroleum sulfonate instead of oxidized paraffin soap as collector, the separation of pulp can be realized in neutral and normal temperature, and the consumption of medicine and energy can be saved.

Due to the changes in the properties of selected ores, the single flotation process in the original separation plant could not fully adapt to the changes, resulting in the flotation recovery rate of less than 30%, and the separation plant was in the state of loss. The customer commissioned Xinhai Mining for new construction and transformation. In order to improve labor production efficiency and economic benefits, Xinhai Mining adopts new equipment and new technology as far as possible, and makes full use of topographic conditions on the basis of existing conditions to build the factory area, which greatly saves the investment of dressing plant.

The technological process of "SO2 manganese leaching + cyanidation silver leaching full wet method" is adopted in the selection stage, while the technological process of "silver slime - fire smelting - silver alloy - silver electrolysis smelting" is adopted in the smelting stage. Finally, the total recovery of manganese and silver reached more than 80%.