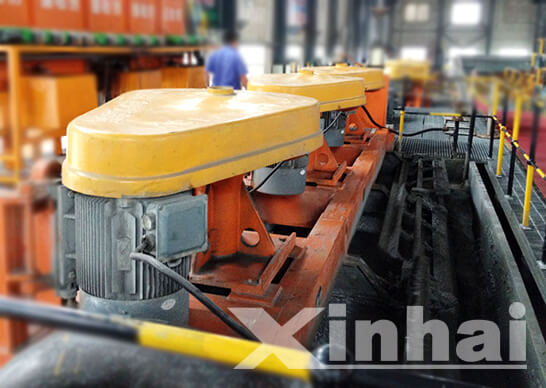 A Summary of Phosphorite Rock Mining

Combined beneficiation of gravity, magnetic and flotation process. It is suitable for comprehensively recovering all kind of associated useful minerals of phosphate rock. The equipment used in the process method can fully recover the phosphate minerals and useful associated minerals as well as has a high utilization rate of rock. But the process is complex.

Roasting method. It is suitable for phosphate rock such as phosphatic rock with a large amount of calcium. This kind of process is mature. But it has many disadvantages such as high infrastructure investment, the large difficulty of roasting technology, large energy consumption, and poor product quality. It has advantages only in such places as having cheap energy resources and limited water resources(Africa).

How much does the Copper Ore Dressing Cost ?

How to Choose the Proper Solution for Your Limonite Beneficiation?