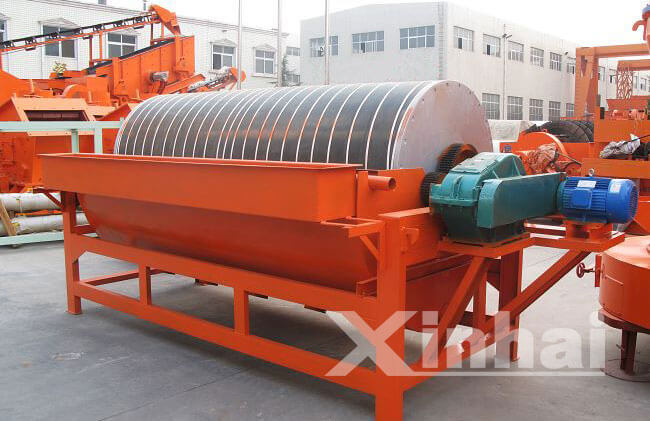 Eccentric layout rotation magnetic separator, a kind of magnetite dry separator, is produced by Xinhai. It is applied to the dry preconcentration of high-grade and lean magnetite ore before grinding with the selected particles below 30mm. The finer the particles are, the better the result is. It is applied to dry separation and recycling of the lost magnetite from the abandoned tailings as well as to dry separation and recycling of ferromagnetic materials from the abandoned steel slag. Generally. Large amount of tailings can be discharged, and the grinding particle quality can be greatly enhanced.

Magnetite dry separator, produced by Xinhai is a kind of upgrading equipment based on conventional magnetic roller or conventional dry separator . It is the patented product of Xinhai and is used widely actually.