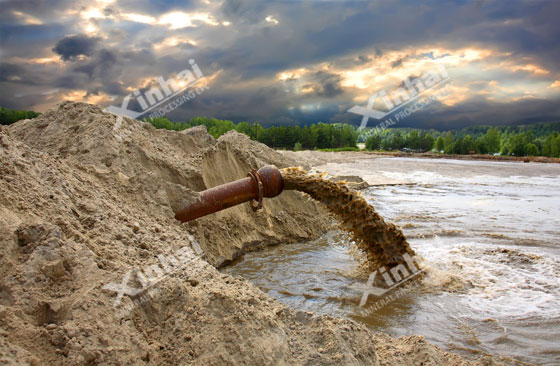 Tailings: Turn Waste into Wealth Create the Green Mine

As the increasing exploration of global mineral resources, the concept of "useless tailings" has completely eliminated by the mineral processing industry. Instead of this, the tailings is recognized as the potential resources with the highest secondary utilization rate. Taking China as an example, the total tailings volume has accumulated for 60 billion tons and the annual emissions are up to 1.6 billion tons, but the comprehensive utilization rate of tailings is only 18.9%. So, most of them have not been comprehensively developed and utilized. In addition, since the propose of "green mining" in 2008, China has successively published a series of policies and regulations to advocate "green mine" construction, and listed the tailing discharging in the latest Environmental Protection Laws of PRC, which explicitly stated that 15 yuan taxes should be paid for every ton of tailings. All in all, the increasing tailings emissions, the resulting environmental pollution and safety problem, as well as the national policy greatly prompted the development and innovation of the tailings processing technology. So, for a mineral processing plant, how to deal with tailings? And which process can get the best results?

At present, wet tailings treatment and tailings dry stacking are the most widely used processes of tailings treatment. But which of them has the better effect? Taking Bulgaria 1000tpd lead-zinc tailings as the example, this plant adopted the traditional tailings treatment firstly, the tailings were transported to be stocked by the pipeline, then forms tailings dam. In the short term, this treatment obtains the good effect. However, with the increase of emissions, a series of hidden problems caused by wet tailings treatment make mine owner feel scary. Firstly, the increasing of tailings storage would directly lead to the space problem of the tailings pond, and most of the water resources cannot be recycled, which greatly increased the construction cost and operation cost. Secondly, the tailings pond was always in the storage state during the operation, which could cause huge disaster if dam break happened. Finally, tailings contained all kinds of metal ions and toxic flotation reagents, which would leak harmful substances into the soil in a long-term, then cause atmosphere and soil pollution.

Therefore, the mine owner was in urgent need of modifying the process, he consulted more than ten companies and found that some companies weren't equipped with standard technology, some process spent too much, even the budget that some manufacturers provided was more than twice. Later, the mine owner knew Xinhai's technical strength in tailings dry stacking when chatting with friends, then he visited Xinhai and learned the tailings dry stacking effect. Finally, he commissioned Xinhai to carry on this tailings dry stacking project, which was aimed at improving the discharging concentration of tailings, recycling most water resources to return to the plant, and saving the increasingly contentious state of water and land resources, eliminating various concerns. Early, Xinhai technology personnel designed the tailings dry stacking solution and equipment adjustment according to the tailings production and properties of tailings pulp, then decided to adopt two-stage hydrocyclone for classification, the underflow used Xinhai high-frequency dewatering screen, the overflow was sent to high-effective thickener. After this process, the final moisture content was decreased by 15%, the repeating utilization factor was above 90%, that was completely conformed to the standard requirements of tailings dry stacking. In addition, the processing cost was only 1.7 yuan per ton, its comprehensive benefits were more than expected. 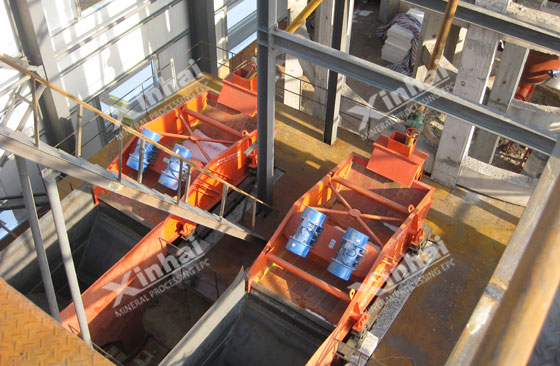 Through the above two kinds of tailings processes, we can clearly find that, compared with wet tailings treatment, tailings dry stacking has the overwhelming advantages in dehydration effect, economic benefit and environmental protection, which perfectly turns waste into wealth. In recent years, The thirteenth Five-Year Plan has made detailed planning in green mine, green production has become a priority for many mining companies, and tailings dry stacking must be the first choice of tailings treatment!