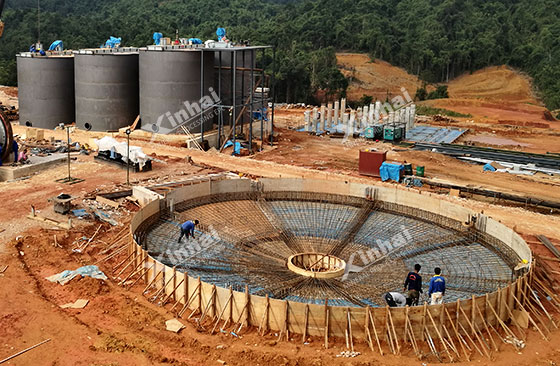 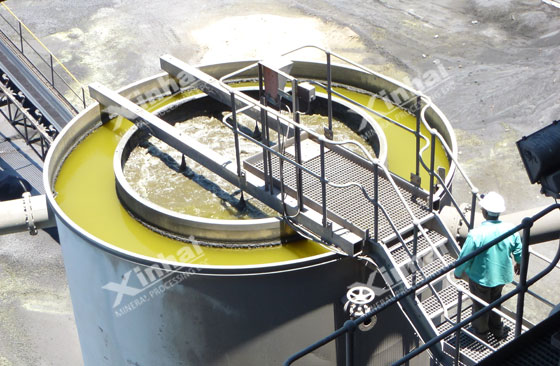 The rake frame of this thickener is made of a rake arm and a scraper. The rake arm is a rectangular truss structure with variable cross section. It drives the scraper to move, which is subject to the moment caused by horizontal scrapping resistance, the gravity of the rake arm and scraper. The scrapers mainly include thetitled plate type and the curve type two kinds, which can separate the sludge from the bottom of thickening tank. The purpose of this process is to squeeze out part of the moisture in the sludge, thus increasing the concentration of the sludge discharge. The scraper can produce a component force pointing to the center of the thickening tank, thus allowing the sludge to flow towards the discharge port.

Xinhai rake thickener is a new type of dewatering equipment with sludge filtration, which achieves consistent critical acclaim in the practical production.