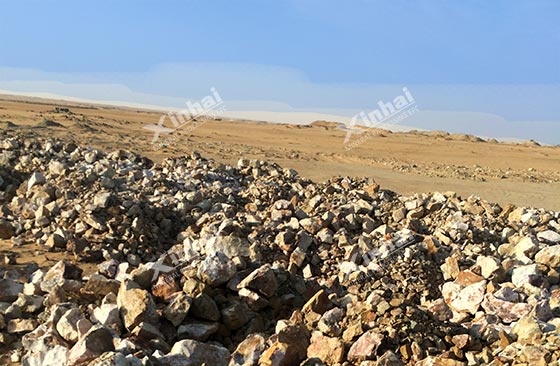 With the large-scale exploitation of the gold mine, the refractory gold ore has become the main resource of the gold industry. "Refractory" generally refers to the mineral is difficult to separate and smelt, namely the conventional or single method is hard to achieve extraction, which needs several concentrating and smelting methods. Refractory gold ores must be pretreated firstly, and the commons pretreatment methods include roasting oxidation, hot-pressure oxidation, bacterial oxidation and chemical oxidation and so on. Raw ore pretreatment means to separate gold-bearing minerals in advance, expose the gold ore fully, then remove harmful substances or change properties, eliminate its bad effect on gold leaching process.

Xinhai undertook its mineral processing EPC service in 2013. According to the experimental analysis, Xinhai Mining Research & Design Test Center found that the main elements of the raw ore as follows: 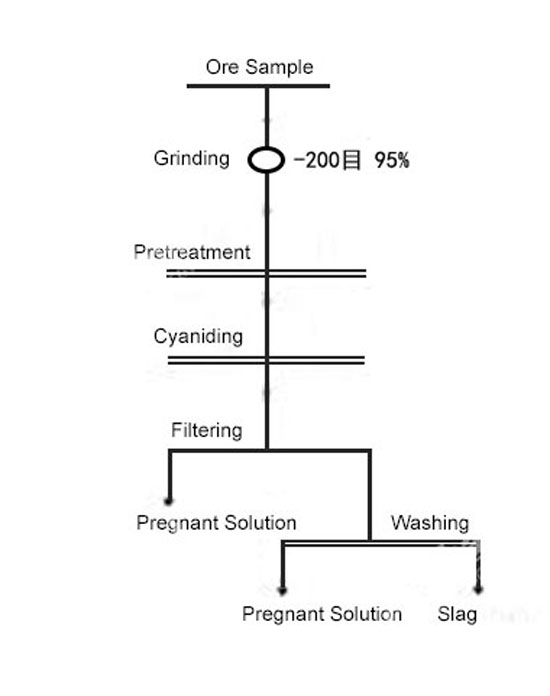 Xinhai undertook this project in 2014, and it belonged to high mud and arsenic-containing fine disseminated type gold deposit, which contained a large amount of arsenic, carbon and muddy minerals (chlorite, clay, montmorillonite and sericite), but lower sulfur content. So it was typical refractory gold ore. According to the complex ore properties, Xinhai carried out the exploration test of gold extraction process.

The useful element in the ore was gold, and silver can be recovered as the valuable element, other components had no recycling value. What's more, the visible gold in this project was mainly natural gold with fine particle, followed by micro-fine particle, and the disseminated types were mainly inclusive gold and exposed gold. This kind of ore was fit to flotate sulfide minerals for recovering the gold ore that wrapped in arsenopyrite and other sulfide minerals, then flotation tailings was sent to ball mill for regrinding, then the gold ore disseminated in gangue minerals was obtained with leaching operation. Therefore, Xinhai decided to adopt flotation - leaching combined process.

Gold-bearing sulfide flotation process can recover most gold ores in the raw ore, the recovery rate of crude gold was 62.64%, but the tailings still had high gold grade. This is because another part of gold ore was mainly embedded in gangue minerals, and the grain size was very fine. It was difficult to obtain the ideal index by the conventional flotation. Therefore, we carried on flotation tailings regrinding and leaching test to improve the recovery index of ore as much as possible.

Xinhai undertook its mineral processing EPC in 2015. The ore was semioxide ore, gold and silver were the main recycling minerals. The gold particles were fine and mainly distributed in fine grains of the ore. Besides, there were 1.82% arsenic in the ore, which had the negative effect on the recovery of gold and silver.

As to high arsenic and sulfur gold mine, people often adopt roasting and bacterial oxidation process to remove arsenic, but both processes were complex and high-cost. However, oxidation pretreatment process eliminated the effect of arsenic and sulfur on gold leaching, obtained good recovery rate, economic and social benefits.

After testing and analysis, Xinhai Mining Research & Design Test Center got the results as follows:

The main recovery objects of this project were gold, silver and other elements. Since the mine contained 1.82% As, which was not beneficial to recover gold and silver.