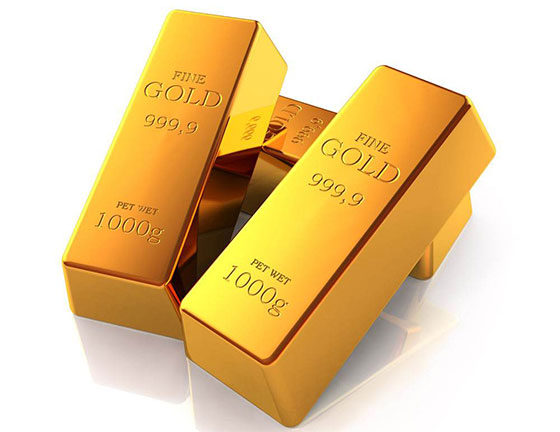 Gold prices slid in Asian trading Wednesday amid profit-taking, reversing earlier gains stemming from talk that the Federal Reserve and other central banks stand poised to stimulate the economy via monetary easing measures.

On the Comex division of the New York Mercantile Exchange, gold futures for August delivery traded down 0.19% at USD1,618.65 a troy ounce.

The global economy appears to be cooling to levels that make central bankers uncomfortable, sparking talk the Federal Reserve, the European Central Bank, the Bank of England and others are considering stimulus measures to foster more robust economic activity.

Stimulus measures, such as quantitative easing, send gold climbing, as paper currencies weaken as a side effect.

In the U.S. earlier this week, the Institute for Supply Management reported that its index of manufacturing activity fell to 49.7 in June from 53.5 in May.

A reading below 50.0 indicates industry contraction.

June’s figure was the lowest reading since July 2009 and well below analyst forecasts for the index to slip down to 52.0.

Government data on factory output, however, softened the blow albeit slightly.

The U.S. government reported that U.S. factory orders increased by a seasonally adjusted 0.7% in May, above expectations for a 0.2% gain.

Meanwhile in China, the HSBC Purchasing Managers’ Index, which focuses on small and medium-sized companies, fell to 48.2 in June from 48.4 in May.

In Europe, jobs data further pointed to a cooling economy.

The European Central Bank and the Bank of England will hold monetary policy meetings later this week, and hopes are building for stimulus measures, which sent gold rising before profit-taking brought the precious metal down in early Asian trading.

On Friday, the U.S. Bureau of Labor Statistics will release its June jobs report, and expectations that the number may disappoint further fueled expectations for monetary intervention.