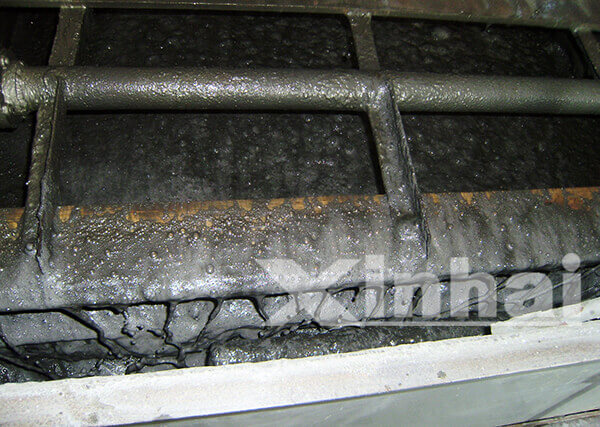 The geology  of the region was formed before the time of cretaceous and Jurassic in Earl Calloway  and Cassian, two original forest area, Indonesia. Due to being rich in various  of ore, granite diorite porphyry, Angle of rock, quartzite, coagulation earth  rock, silicified wood, aplite and hydrothermal metallogenic essential  substances, so the mineral resources are particularly abundant.

Longteng Co.,LTD have a mine with Copper, Ph, Zinc and  more in Indonesia. Here, because of relatively backward technology of the mine  process in mineral industry, Longteng would like to cooperate with a mining  machinery company proficient in advancing ore process technology, and outsource  the whole project. After communicating with several powerful mining machinery  company Longteng decided to choose Mining Machinery Company with over two  decades of experience of mineral process EPC.

Upon signing the contract, Xinhai send some  technicians on mission to take sample to do a study and analysis on the mineral  composition, and they found that the main elements are pyrite, binding iron  sphalerite, galena, pyrite, sphalerite, chalcopyrite and the nonmetal minerals  are mainly quartz, feldspar, followed by calcite, dolomite, sericite, chlorite  and carbon, etc.

The technicians did a further study and found that in  this mine there are chalcopyrite, magnetic iron pyrite, sphalerite, galena,  which existed in a situation of symbiotic relationship, and part of them  existed in marmatite with a milky state. For that matter, crushing cannot  finish the work to separate the mine directly. Part of chalcopyrite included in  the gangue particles, so it might loss much along with the tailings  discharging, which caused a big effect on the copper recovery rate. Iron  sphalerite is the main zinc mineral including fine grain of galena, pyrrhotite,  carbon, etc. So it is difficult to achieve monomer dissociation. In addition to  the iron content of marmatite is more than 10% on average, which much affects  the zinc concentrate grade.

For this kind of complex mine, the target of achieving  higher mineral processing index cannot be reached. Even for Xinhai Company it  was also a big challenge.  Ultimately  technicians determined tot adopt the solution of copper lead mix-mining  flotation, mixed concentrate separation of copper and lead, and zinc tailings  on the basic of low copper content according to many times of mining flotation  test. A detailed introduction of mining flotation process designed by Xinhai Company  is as following.

With the condition of mixing slime slurry, the PH  reaching around 7.5, having the Ty - 1 and zinc sulfate as inhibitors of  sphalerite, iron sphalerite, having ethyl xanthate (70 g/t), J - 21 (35 g/t) as  a collector, the zinc, lead and copper were separated efficiently and keeping  the foam viscosity moderate to create conditions for the next step of  separating copper and lead.

2. Separation of Copper and Lead

With the method of CMC - potassium dichromate to floating  copper and having B butter and 2# as collector and frother, and keeping mining  flotation foam stability, copper concentrate could be processed efficiently,  but the lead concentrate grade was only about 4%, belonging to the coarse lead  concentrate. In order to reach a higher index of lead concentrate, gravity  separating, shaking table work was be adopted to achieve lead concentrate  according to he mineral density differences in lead concentrate.

With the condition of having lime (3500 g/t), copper  sulfate (500 g/t), butyl xanthate (60 g/t),2# oil (60 g/t) as reagents and the floating PH between 12-13,zinc roughing  processing from the tailings was operated to get zinc concentrate. After the roughing  work, two times of concentrating and one time of scavenging was finished to get  better lead concentrate.

Besides higher process index, this flotating process  also have many characteristics, such as simple process, short process, and  stable indicators and so on. It was easy to implement, and met environmental  requirements. Xinhai Company not only did an excellent service for Longteng Company,  but also won a good reputation for his own in Indonesia through this EPC  service project.